Against the Wild Green Range 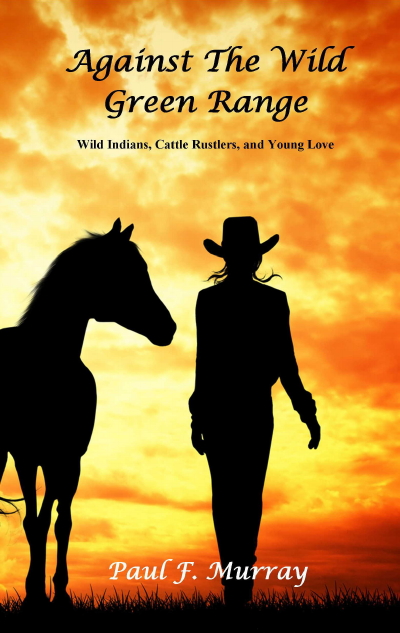 When her father is killed in 1873, supposedly by Sioux warriors, twenty-two year old Alexia Rourke inherits the family’s Wyoming ranch. Her embittered cousin, Jason wants to sell all the cattle and take the money and run. After a tense confrontation, Alexia fires Jason, making him leave the ranch.

After being chased and almost killed by Sioux Indians, Alexia decides there has to be a better way to retrieve her cattle, which keep wandering across the North Platte River onto the Sioux reservation. Although it is technically illegal for whites to go on the reservation, Alexia feels like she has no choice. If she can’t retrieve all her cattle off of Sioux land, she won’t have enough to sell in Cheyenne after the fall roundup and then she’ll have to accept a loan from Derwood Ashburton, a local banker who, despite being married with three children, will do almost anything, including attempted rape, to make Alexia his latest conquest.

A visit to Fort Laramie dashes her hopes, not only for help against the Indians, but also in her quest to attract the romantic attention of Lieutenant Michael Prentiss, the fort’s new adjutant.

A wild scheme to meet with Chief Mato and get his permission to gather her cattle, a last ditch run around Lieutenant Prentiss’ floozy fiancé, and a showdown with a group of rustlers test Alexia’s wiles.

Title: Against the Wild Green Range

All of Murray’s novels, Freedom’s Long March, The Gifts and the Fruits, West of the Sunset, and now, Against the Wild Green Range, have been influenced by the writings and philosophy of Henry David Thoreau, by writers who have emulated Thoreau’s philosophy, and by the writings of Thoreau scholars. If Thoreau’s advocacy of a simpler lifestyle, less hurried, more in tune with nature, rang true in the mid-19th century, then how much more so in the early 21st century?