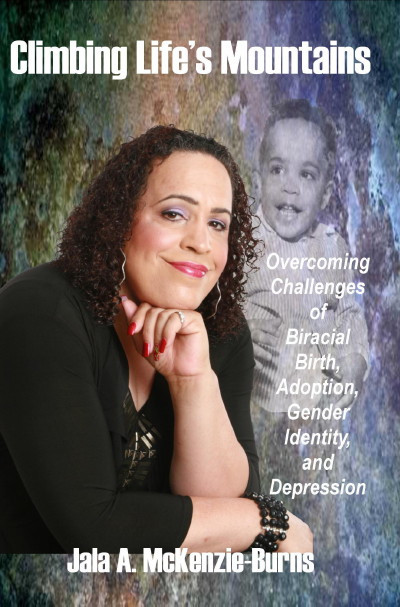 Education is far more than classroom activities. From personal experience, Jala proved this to be true. From her biracial birth in the mid-sixties, she learned many harsh lessons from being put up for adoption, living in foster homes, being adopted, and coping with being different. She learned that, although a child may not always understand events or the actions of others, those things can make life-time impacts, for good or for bad. Through her early years in the educational system, she faced prejudice and taunting, making it difficult to concentrate on her studies. As an adult, however, she turned things around, completing her bachelor’s degree with outstanding grades. She encourages others to value and appreciate both a formal education and the hard knocks of life.

Community Involvement has played a strong role in Jala’s life, from the time she observed her mother’s active participation within the community. Through her desire to improve her environment, Jala has taken on bold leadership roles in such organizations as her A.F.S.C.M.E. Local 1583 Union, International and Council 25 State Conventions, the Medical Center Executive Board, and the Winston-Salem African-American Chamber of Commerce. Jala has also been an active participant of the Diverse Solutions Transwomen Support Group in Raleigh, North Carolina. Her political activities have allowed her to make positive changes for many people as well as learn to express herself gracefully in public and against opposition. For those who want to create order and change for a better life, Jala encourages them to take an active role to make things happen.

Depression followed Jala from early childhood through the many traumas of her life. While she believes depression may have been inherited from her birth mother, who was institutionalized for clinical depression, she also believes depression can be developed. Jala’s depression took a particularly deep turn for ten years at the time she had made her gender transition. Her illness became so bad that she even attempted suicide. She shares with the reader many of her unhealthy coping mechanisms, as well as the events and circumstances that helped her to overcome her depression. Her story offers a hopeful message to others that they, too, can overcome depression.

Gender Identity, feeling the compulsions of a gender in the wrong body, is a challenge few people have to face. Jala, growing up as a boy with interests in things and activities of a feminine nature, found herself in a social situation that forced her to hide her true identity. To suppress her feminine drives, she joined the U.S. Marine Corps, worked in politics, gained an education, married a loving woman, and raised a child. But in all those situations, she never stopped feeling the pain for not being able to freely express her true nature. Taking the courageous step to be true to herself, she reveals the hidden story behind her struggle and shares interviews with others who face the same challenge.

Adoption often brings a feeling of abandonment, confusion, and longing for a connection to one’s roots. Born of bi-racial unwed parents, Jala, as Dave Edward Morris, was adopted by an African-American family at a time in history when race issues had risen to a peak. As a biracial child, Dave faced many confrontations on many levels in the community and in the schools. Jala shares these difficult times, along with interviews with several of her siblings, also adopted. To her delight, she was eventually able to reunite with her biological mother and her siblings. She and her biological siblings are still searching for their brothers, Art and Randy. Her story shows other adoptees ways to go about finding their biological parents.

Jala McKenzie, a writer and advocate for educating the public about the uniqueness of all individuals, lives in Winston Salem, NC. She recently reunited with her birth family, bringing new connections into her life. She enjoys travel, being involved in the community, and sharing experiences. She seeks to bring hope and encouragement to all.