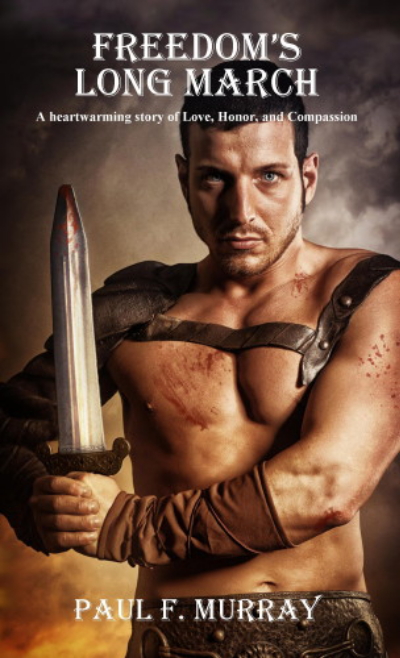 In the time of the Roman Emperor Nero, Batavia and Etibert, members of the Tencteri tribe living along the east bank of the Rhine River, fall in love. Batavia is the older daughter of the chieftain Cuthric. Etibert is an accomplished blacksmith. The couple faces a serious problem: Helgur, a handsome, muscular, cruel member of the tribe who has his own designs on Batavia. Batavia’s little sister, Catia, likes Helgur and disapproves of Etibert. She creates trouble for Etibert at every opportunity.

The tribe has been living peacefully, although uneasily, with a Roman garrison posted on the opposite side of the river. This changes when a Roman detachment crosses the river to collect firewood. The incursion sets off a chain of events that forces the Tencteri to choose between annihilation or a mandated march of one thousand miles to help the Romans conquer    another barbarian tribe. They reluctantly choose to assist the   Romans with the hope they will maintain their freedom.

In spite of treachery within the tribe and the overwhelming odds against them, Etibert and Batavia work as a team to keep the tribe’s spirits up through resistance to the Roman efforts to treat them as slaves, not allies. At one point, Etibert and Batavia rally the tribe to resist the Roman commander who insists they continue marching in wintertime. They force him to set up winter quarters until spring. All during the brutal march, the Tencteri fall back on the outstanding courage and stamina that defines them.

Etibert successfully works to build a friendship with one of the Roman centurions, Gaius Quadrinus. At the end of the march, when the Tencteri and the Romans prepare to fight the Dacian tribes, Quadrinus is placed in charge of eliminating Christians within the garrison. Catia, however, knowing that Etibert does not approve, falls under the spell of a Christian missionary, Paul of Tarsus, and joins the Christians.

With all this turmoil, will Etibert and Batavia find the harmony and peace they seek at the end of     Freedom’s Long March?

Paul F. Murray grew up in Tawas City and Essexville, Michigan, and attended Michigan State University where he received his B.A. degree from the James Madison College division of MSU. The author studied ethnic, racial, and religious intergroup relations. After having worked as an energy-cost consultant for business and industrial clients for many years, the author went back into journalism, living in Minnesota, Montana, and finally Wyoming, where he currently covers local, county, and state government.