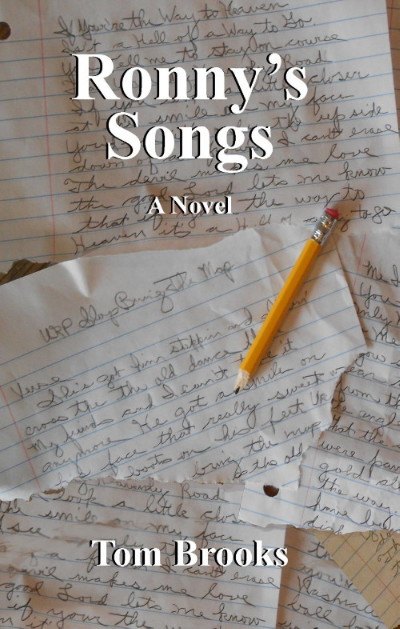 Growing up is hard enough. Growing up dyslexic with three older brothers, two who torment Tommy at every turn, and a father who is a bad-ass cop of the 50’s doesn’t help. Tommy learns early how to cope with his brothers and his dad, but his learning disability creates another matter. Not only does he struggle with phonics, he is constantly confused by sayings like “Cat got your tongue?” He’s never seen a cat get anyone’s tongue.

His dad always says, “If I’ve told you boys once, I’ve told you a hundred times: you could be absolutely stupid and get along just fine in this world if you would just do what I say.”

His brother Ronny always carries a pencil and a pad of paper. He scribbles furiously when someone says something he could use in one of his songs.

A move to Sanford, Florida, and a new school provide Tommy with an opportunity to start fresh. One teacher makes a big impact on his life by introducing him to Edgar Allan Poe.

Segregation, corporal punishment, and religion are all part of Tommy’s upbringing. But, the things he learns from Chickens, Pigs, and an Egg Sucking Dog are priceless.

Join Tommy as he finds the answer to, “Just how dumb is stupid?” Tommy promises you will care, respect, know, and understand what love is, by the time you read Ronny’s Songs.

Tom Brooks is a first time author but he had the advantage of being a member of the country club. That is a club  member of the fifteen percent of the country who are dyslexic. He may not be a fully compensated dyslexic but enough to have earned a masters degree in physical education. He claims that for one year he became the absolute worse junior high school teacher and coach of all times. Becoming a Physical Therapist became his quest. By incorporating the “as if,” principle, he practiced reading as if he could and he did. He’s been a physical therapist and athletic trainer in the private practice setting for forty years in Las Vegas, Nevada. Pam and he have been married thirty five years with two children, Parker and Casie. And, there’s Howard the English Bull Dog. Tom also has a son and daughter from a previous marriage, Jason and Ashley. They all hope you enjoy the read.