The Gifts and the Fruits 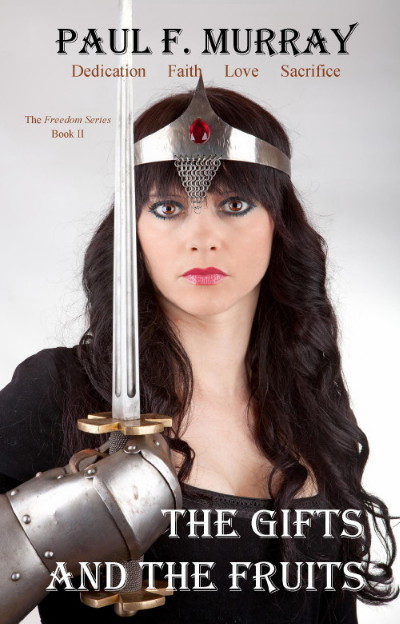 Onesimus, a slave of Philemon, a Greco-Roman entrepreneur, teams up with a young female slave, Catia, to smuggle the letters of St. Paul the Apostle out of Rome during the treacherous times of Emperor Nero’s persecution of Christians. A romantic relationship develops between Onesimus and Catia as they work together to bring the message of Paul to the entire Christian community. In their daring feat, not only must they overcome Roman persecutors, but confront and defeat pirates, wild animals, and highway robbers in order to complete their mission to return safely to Philemon. From there, Paul’s Epistles are distributed to Christians throughout the entire Roman Empire.

The Gifts and the Fruits continues the story of Catia from Freedom’s Long March, the first book in the “Freedom Series.” In that novel, Catia had chosen to be sold into slavery at the end of the book in exchange for the Romans allowing her tribe, the Tencteri, to go free and return to their home in the Germanic forest. Newly converted by St. Paul, Catia stayed true to her Christian beliefs, but they merely overlaid her barbarian nature. In The Gifts and the Fruits, Catia’s savage nature reasserts itself, particularly as she and Onesimus embark on their series of adventures to return from Rome to their home with Philemon in Colossae, Asia Minor. Despite the overlay, Catia demonstrates how humankind is never far from its roots as creatures of the wild and the uncivilized.

The underpinning basis of The Gifts and the Fruits flows out of the story of Onesimus and his conversion to Christianity under St. Paul the Apostle as outlined in St. Paul’s Epistle to Philemon in the Bible. The novel goes far beyond the basic premise to detail the lives of the main characters, the challenges of the emergent Christians and their beliefs and teachings, and the effects of Nero’s threats and imposition of death sentences on their community.

Title: The Gifts and the Fruits

Paul F. Murray grew up in Tawas City and Essexville, Michigan, and attended Michigan State University where he received his B.A. degree from the James Madison College division of MSU. The author studied ethnic, racial, and religious intergroup relations. The author also earned a Master’s of Business Administration degree from the Seidman College of Business at Grand Valley State University in Grand Rapids, Michigan. After having worked as an energy-cost consultant for business and industrial clients for many years, the author went back into journalism, living in Minnesota, Montana, and finally Wyoming, where he currently covers local, county, and state government.