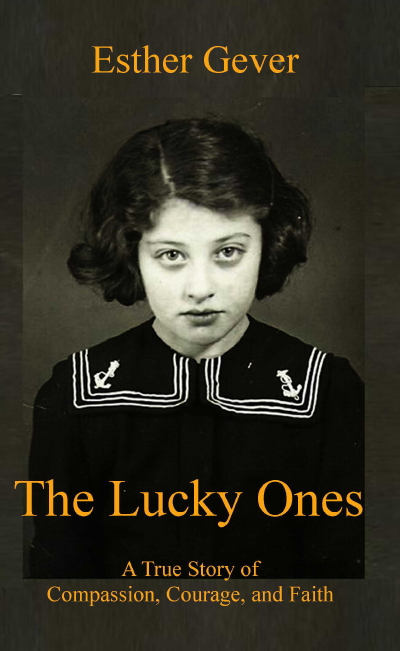 On November 9, 1938, eight-year-old Edith “Esther” Schächter and her family begin a journey like none they’d ever dreamed. Because of their Jewish faith, the family is robbed of most of their possessions while her father is imprisoned. When he is released, the family is forced to leave their home in Vienna, Austria. They trek undercover across dangerous enemy-controlled country to reach what they think will be a safe haven with the family of Esther’s father in Rozwadow, Poland. Unfortunately, before they get settled, the Germans invade Poland, putting Esther’s family back into the middle of war.

Esther speaks and understands only German, so she can’t interpret much of what is being said by her Polish relatives. She can only pick up innuendos about what is going on with the war and the family situation. During this time, she draws closer to her newfound grandparents, but she greatly misses her maternal grandmother who they had left behind in Vienna.

From labor camps in Siberia, to the wild forests along the Russia/Poland border, to the streets of Tomsk, Esther and her family are forced into situations that try their patience, faith, and love. Along their journey, Esther sees many tortured and suffering people she can’t help. She wonders who is luckier: the ones who survive or the ones who don’t. Living in constant fear, feeling guilt and remorse for being luckier than most, she and her family forge ahead, praying for the best, dreading the worst.

Esther’s story, told from a young girl’s perspective, will touch your heart as it brings to life the struggles endured by the unfortunate souls who were caught in the tragic events of World War II.

Title: The Lucky Ones

Esther currently resides in New York City where her post-war life has been a happy one. She cherishes the love and care that she found in her husband, who she lost in 2006 after a long illness. They have two beautiful daughters and two granddaughters that have filled and surprised her daily with love and pride. She recently became a great-grandmother of a beautiful girl and feels lucky to have lived to see this day.