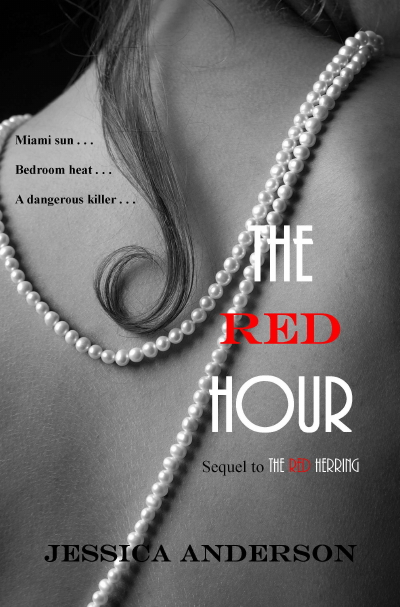 Her story began with a simple job offer:

A job offer that completely changed her life . . . forever.

Juliette Murray was once The Red Herring, a stand-in wife for billionaire, Noah Novak. Just a shadow to distract those that surrounded him as he uncovered the secrets to the disappearance of Jill, the sister of Noah’s best friend. The job seemed easy and innocent, but Juliette quickly realized that her feelings for Noah were no charade. The closer they got to finding Jill, the more her concern for Jill grew and the greater the danger became to Juliette.

In this much anticipated sequel, Juliette and Noah uncover more secrets to Jill’s disappearance. Using all of his resources, Noah and Juliette race against the clock to find Jill, all the while falling deeper into the throes of passion.

Meanwhile, the killer grows more aggressive by leaving clues, taunting them with threats, and daring them to find him.

When The Red Hour strikes, Juliette’s shadow can no longer be ignored as she becomes the target of the madman.

This book is intended for mature audiences.