West of the Sunset 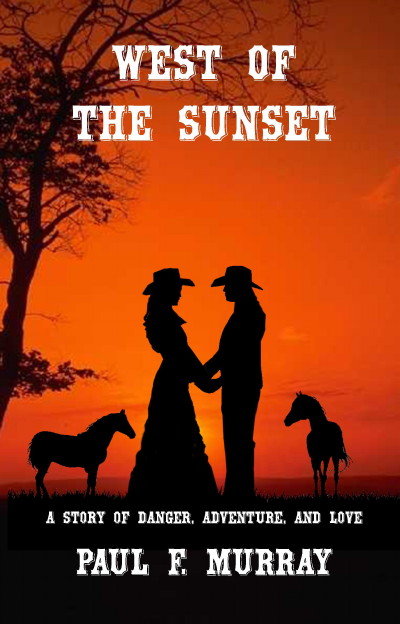 Nineteen-year-old Tyler Linders, his Pa and twelve-year-old sister Penny set out on the Oregon Trail in 1852, traveling with a wagon train containing eighty-five wagons and over 450 people. Tyler is hoping that, by the time they get to Oregon, he will meet a suitable young lady willing to settle down with him on the 640 acres he plans to homestead. After initially being interested in the Ellis twins, Billie Kay and Kelly Jay, Tyler develops eyes for no one except Rachelle Palmerston, the femme fatale of the wagon train that every unmarried man wants. Meanwhile, a feisty young Austrian, Angelique Hapsburg, makes heartfelt attempts to get Tyler to notice her even as he wants her to go away so he can focus upon Rachelle.

Things start out well, but the farther the wagon train gets, the more the hardships arise. Tempers, internal conflicts, disease, and stupidity cause turmoil among the conglomeration of people on the train. Moreover, the emigrants must deal with broken wagons, worn-out stock, and unpredictable weather. Then comes an encounter with Indians that separates the wagon train community even further.

Tyler puts his life on the line, time after time, hoping to impress Rachelle Palmerston and win her heart. Danger, distress, and death, mixed with friendship, camaraderie, and joy, promise to make the trip one to remember.

Will Tyler and his family make it to Oregon, and will Tyler find the right woman to share his life?

Title: West of the Sunset